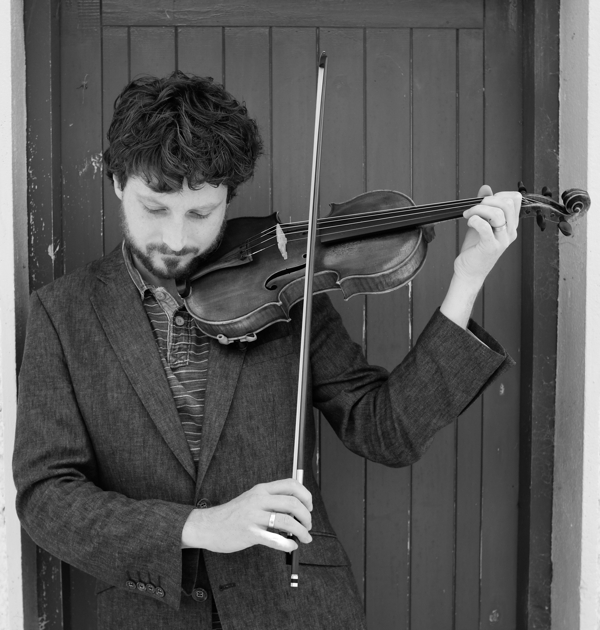 “Seldom does a musician utterly inhabit a tradition while still expressing him or herself with such originality” - Siobhán Long, The Irish Times.

Danny Diamond is a musician from Ireland, who plays fiddle, sings, composes music, and works as a recording engineer/producer. He comes from a renowned family of traditional musicians with a deep cultural heritage in the North of Ireland.

Danny has toured worldwide, playing venues such as the Sydney Opera House, The Southbank Centre (London) and National Concert Hall (Ireland); and has shared the stage with artists such as The National and Justin Vernon (Bon Iver).

Danny is currently based between Minneapolis, USA and Ireland. He tours internationally as fiddle player and Music Co-Ordinator with Teac Damsa’s multi award-winning dance theatre show Swan Lake /Loch na hEala, for which he also co-wrote and arranged the score. Other collaborations include the traditional fiddle duo NORTH (with Conor Caldwell) and What To Bring When We Leave, a two-man show with poet Tom French. Danny is currently working on a new solo album of fiddle music and songs, new and old, for release in 2020.

Danny's debut recording Fiddle Music (2014) and follow-up NORTH (2016, with Conor Caldwell) were both hailed as contemporary classics, with NORTH  being nominated for The Irish Times Traditional Album of the Year 2016. Elbow Room, a solo unaccompanied fiddle recording was released in October 2017.

From 2006-2016 Danny worked with the Irish Traditional Music Archive (ITMA), managing ITMA's collections of historic and contemporary field recordings, while also conducting recordings in the field and in ITMA's Dublin studio. During the same period Danny worked with the acclaimed Irish traditional band Mórga, with whom he recorded two albums and toured in Europe & North America.

Danny's main instruments are a fiddle made by Dublin-based luthier Youenn Bothorel, and bows by Irish makers Gary Leahy  and Niall Flemming.