Energy, passion, fun and respect are the four words that sum up the musical mission statement behind Mórga. Four friends, four virtuoso musicians, on a mission to bring together the wild energy of the Irish-American dance bands of the roaring '20s, the sound of the Irish traditional music revival of of the 1970s, and the excitement of the best pub session imaginable.

Growing out of the rich Galway music scene, a shared passion for old and lively traditional music drew the band members together. Mórga (Irish for majestic) was formed in 2008, and the band released their self-titled debut album in 2009 to critical acclaim.

Since then Mórga have toured extensively and played festivals throughout Ireland, Europe and the USA, most recently completing a three-week American tour. The band have also appeared many times on television and radio in Ireland and the UK.

Mórga's second album was recorded in Dublin in 2013. Titled For the Sake of Auld Decency, it is a raucous celebration of the band members' musical roots and influences. The album was released in January 2014 and is available on CD & digital download.

For further information on the band, please visit www.morga.ie 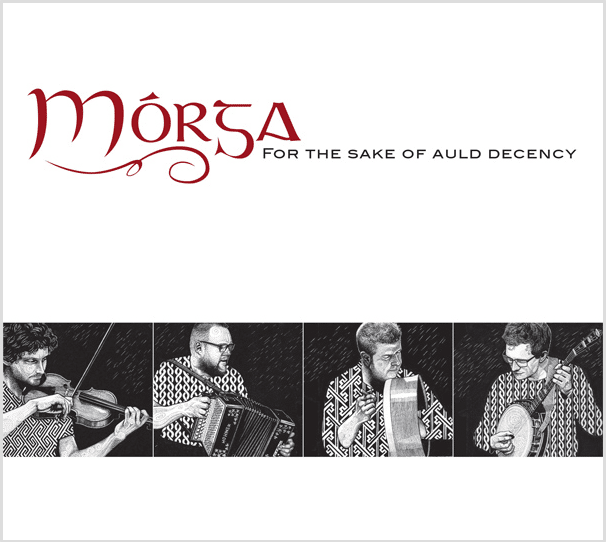 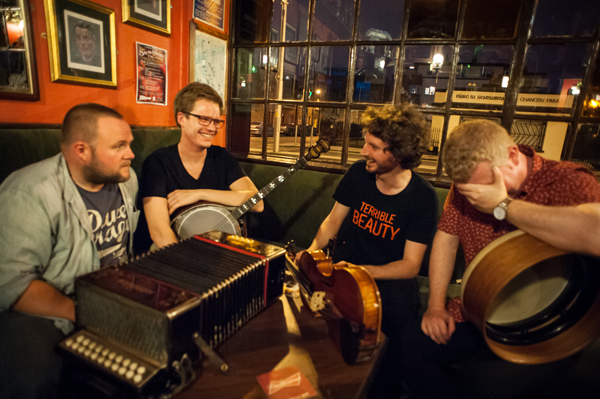