In 2016 the eminent Irish director/choreographer Michael Keegan-Dolan made contact with Danny to explore the possibility of creating a score for a new dance theatre work. Danny brought the project to his then-bandmates in the Irish/Nordic band Slow Moving Clouds, and they began development work on music for what would become Swan Lake / Loch na hEala. During the creation phase Danny worked full-time on-site in rural Longford, Ireland, co-ordinating creation of the score and acting as conduit between the dance company and the band.

Since its premiere at the 2016 Dublin Theatre Festival, Danny has co-ordinated music for the piece, and performed in the touring company. The current live band is made up of Aki (nycleklarpa/vocals) and Mary Barnecutt (cello/vocals) alongside Danny on fiddle.

More on the show, from director Michael Keegan-Dolan: Rooted in a place where ancient Irish mythology and modern Ireland meet, Swan Lake / Loch na hEala is a Swan Lake for our time. Dance is interwoven with storytelling, song and live music performed by a company of 13 world-class performers. The Dublin based band Slow Moving Clouds has created a new score that combines Nordic and Irish traditional music with minimalist and experimental influences. A critically acclaimed debut for Michael Keegan-Dolan’s new company, Teaċ Daṁsa. 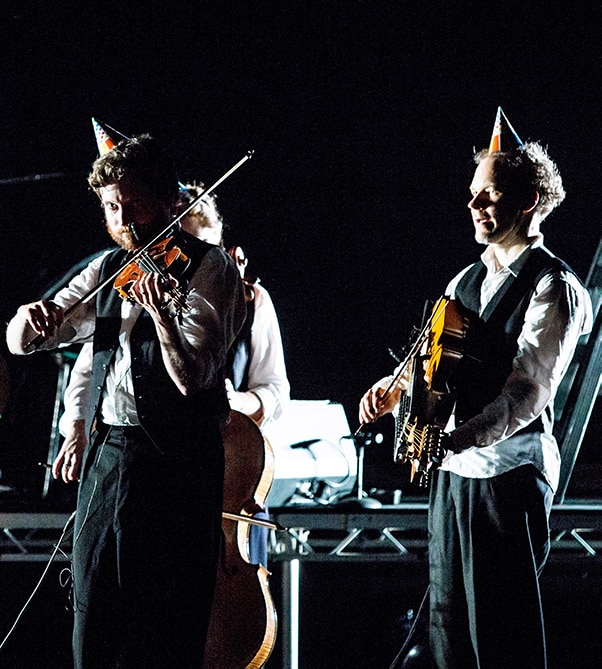