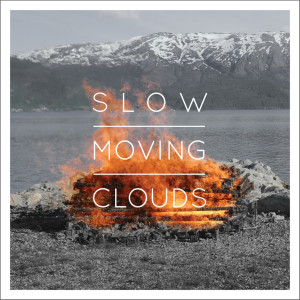 SLOW MOVING CLOUDS are a band based in Dublin, Ireland. They bring together roots in the Irish and Nordic folk traditions with post-punk drones, baroque strings, and soaring falsetto vocals – creating an immersive, atmospheric sound unlike anything you’ve heard before.

Danny co-founded the band in 2013, along with Aki and Kevin Murphy. The band evolved from a duo project Danny & Aki, which explored Irish, American and Nordic traditional music played on open-tuned fiddle and accordion/nyckelharpa. During his five years with Slow Moving Clouds, Danny played fiddle, acted as band manager/publicist/booker, instigated and co-ordinated work on their flagship project, music for Teac Damsa's Swan Lake / Loch na hEala. He stepped away from work with the band in late 2018 to focus on solo work.

Teac Damsa’s Swan Lake / Loch na hEala is a contemporary adaptation of the classical ballet, set in the Irish midlands. The work premiered to critical and popular acclaim at the 2016 Dublin Theatre Festival, and was awarded Best Production at the 2017 Irish Theatre Awards.